Eve is a dog trainer with a list of accreditations as long as your arm. I spoke with her recently about anxiety, for our interview series Pet Parent with a Brain. (This is an edited excerpt from the transcript of that interview; you can watch the whole thing here.)

Typically, genetics plays a very big part in causing anxious behaviour, but the environment also plays a quite a big part as well.

“So for example, if we've got a dog who is raised, socialized, habituated and has everything that a puppy or a dog should have, and then we get to a point at say 12 months, and that dog starts to show generalized anxiety, then most likely,  if we looked back, there's probably a genetic component there,” Eve says.

We can't control genetics, but we can control the environment we provide. What should we do for a puppy or kitten to best set them up for an anxiety-free adulthood?

Eve says that one of the most important things that we should be doing is exposing the animal to the world in a very positive way, early.

“If we wait until they're, you know, four months, five months, six months down the track, it's almost like putting a child in the closet for three years and then opening and saying, well, here's the world.”

Eve believes it’s our responsibility to show the animal the world in a very positive way in a methodical way.

“We don't want to overwhelm the animal and the other important thing to do is to actually give the dog choices and give the kitten choices. So for example, if I'm going to take a four week old puppy to the beach, the first thing I would do is get the puppy used to the car. We get to the beach. I don't take the puppy out of the car, I just wind the window down.”

Eve says that at this point, she’s just giving the dog very small exposures to the sounds and the smells, and she’s looking at body language.

Eve says that in contrast, she’s had many owners tell her that they've taken the dog down to the beach, and it’s been their first experience and then they've just thrown the dog in the water. Sometimes we end up with a lifetime of fear of the beach, so that's not the way to do it.

“The way to do it is very small, very small exposures, and associating whatever it might be with something good happening for that dog.”

“The thinking is that you wait until the puppy has its last vaccination before you take the dog out. And of course there is parvo so I'm not saying put your two week old puppy on the footpath and let the dog go for a walk.”

Eve says socialising the dog in a safe way should be done, from as early as two weeks.

“So like literally putting the dog in the car, going to the beach, and winding the window down is very safe. I mean no one is going to get to the puppy, but we know that the biggest killer of dogs in Australia is from behavioural issues, not from parvo. Still today we're still seeing dogs being euthanized in pounds in shelters because of behavioural issues and the proportion of that is much, much, much, much higher than it is for parvo.”

Eve says this is extremely important for kittens as well.

"It’s a bit like a window. It's kind of open at two weeks and then it starts to close, starts to close… and you know by eight weeks it's sort of not fully closed, but it's closed quite a bit. I find that it’s difficult after that period of time to get the amount of progress that you can get with a kitten between that two and eight weeks.”

Eve says some people don’t think they need to socialize their cat.

“Take my cat. He's on lead and he goes for a walk. My cat also comes in the car with me. He goes for car trips with me now that would never have been possible for him if I didn't do that when he was, you know, a baby basically.”

Fear periods for dogs and cats

Eve also explains that we need to be extra-careful during fear stages, that both cats and dogs go through, typically quite early in life. That’s when something is fine, and then suddenly at a certain point in time they go ‘Oh my goodness that is so scary’.

“What happens is that the dog’s brain goes into these fear periods and it’s assessing, is that safe? And what can happen is that if we don't do some work around that, then the dog may develop an ongoing fear of whatever that might be. So it's important to do the socialization really early, but continue that socialization.”

Eve says there is a number of fear periods.

Ellen Dodge from the Weimaraner Club of America explains that during the first fear impact period (8 – 11 weeks), experiences a puppy perceives as traumatic during this time will be generalized, and may affect him all his life.

“It is a fact that a dog is most likely to develop an avoidance response if subjected to physical or psychological trauma during these three weeks,” she writes.

“Think about how many puppies go to their new homes with they are eight weeks old and are overdosed on vacuum noises during their Fear Impact Sub-period. Vacuuming can still be accomplished, but just do it one room at a time while your pup is eight to 10 weeks old. Then stop and leave the 'vacuum monster' out where the pup can investigate it between 'roars.'” 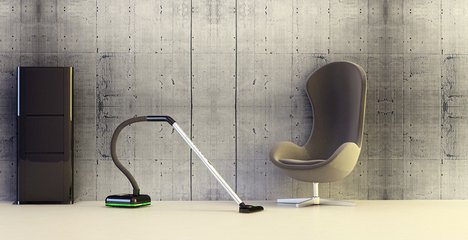 She says the second period is between six to 14 months, and is otherwise known as ‘teenage flakiness’.

Ellen writes that “this is a fear of new situations, or even old things that appear different to the dog for some reason. (Like the Weimaraner who growled at a houseplant, or the Rottweiler who almost attacked the bowl of artificial fruit when it was moved from the dining room table to the kitchen counter!)

“Be very patient when this happens,” she recommends. “The dog should be allowed to work it out on his own. If anything, it is better to ignore the whole situation, than to reinforce the fear by reassuring the dog or petting him while he is afraid.”

With cats, the most important period to actually show the kitten the world is between two and eight weeks. Eve says that in her experience, after about eight weeks, it’s a bit more difficult trying to change the association.

As well as getting puppies and kittens off on the right foot with behaviour, get the diet sorted too. We have balancing supplements, designed to go with fresh meat, for both dogs and cats. There's also one for puppies too...they need support to go through those 'fear' stages.